As Sky faces increasing competition from streaming services like Netflix and Amazon Prime and newcomers like Apple and Disney, it needs to promote the high quality line-up of original shows available exclusively on its platform, and increase perceptions of Sky as a must-have.

Our insight was that the golden rule of writing a quality TV programme is “show, don’t tell” – and this is the same for TV promotion. It’s not enough just to tell audiences that a TV show is great: you need to show them the care that Sky puts into making it.

So we came up Beyond the Screen with Sky. For nine months of 2020, we would show audiences across The Times and The Sun the extraordinary care, craftsmanship and real-world context behind Sky’s best shows of 2020.

Here, we had to ask Sky to trust us: the programmes to be promoted were not known at pitch time, so we couldn’t say exactly what our response to each one would be. It was our great work on previous Sky mini-campaigns that gave Sky that confidence. These included our first-ever cover wrap of TLS plus a Weekend double wrap for Patrick Melrose; the award winning translucent cover for Chernobyl; the print barndoor and digital choose your own adventure for Cobra; and our use of contemporary Times front pages for Hotel Mumbai. So in a way, this pitch was a year in the making. 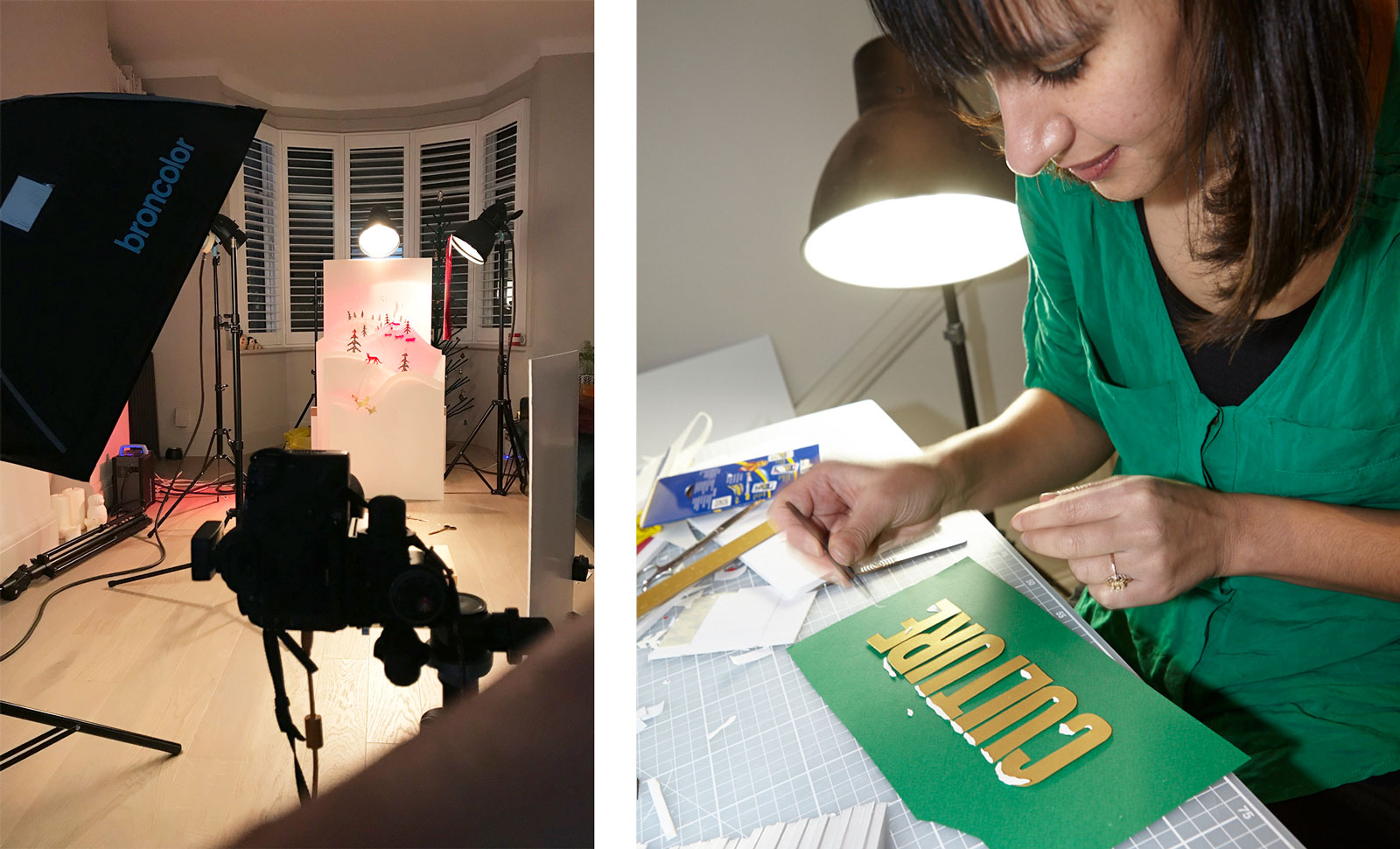 We delivered a multi-platform campaign across both The Times and The Sun, using the full array of print, digital, video and social media. This included:

Innovative formats in The Times
We ran two “perforated barndoor reverse cover wraps” of the Sunday Times Magazine – that’s a back cover with flaps that open out into a glossy feature spread – and four reverse cover wraps of Culture and Style. A particular favourite was the Christmas back cover of Culture, which was created entirely as a 3D paper-cut illustration, even down to the Culture masthead. The artist, Sinem Erkas, is represented by Studio PI, a new talent agency set up by Bridge Studio’s creative director to promote illustrators and photographers from underrepresented backgrounds.

Bizarre TV columns in The Sun
Steve Corbett, the editor of the Sun’s TV Mag, wrote a series of columns on Sky programmes. These were all editorially independent, so it was important that he liked the shows – but we were confident in the high quality of Sky’s original programming and we knew that would not be a problem.

Long-form videos
Having successfully run ten-minute videos on YouTube for our award winning Kia campaign, we knew this format would be a hit for Sky. We created five different videos in all, the most recent being on Sky’s Christmas special Roald & Beatrix (above), which stars Dawn French, Rob Brydon, Bill Bailey, Alison Steadman and Jessica Hynes. Since this heartwarming comedy-drama is inspired by the real-life meeting between the young Roald Dahl and a middle-aged Beatrix Potter, we enlisted as presenter one of Britain’s best loved children’s authors: Michael Rosen, former Children’s Laureate and author of more than 100 books for children including the immortal We’re Going on a Bear Hunt.

Native articles
We ran features on ten different Sky programmes on thetimes.co.uk, and another ten programmes on thesun.co.uk. For each one we commissioned the very best writers in their field. Favourites included:

Instagram Polls. We also ran Instagram Polls in The Times and The Sun on every single programme. These had a simple, binary question to encourage user interaction, with an instruction to swipe up for more which took users to our native articles or videos.

The campaign produced some of our best ever results. Highlights of the second quarter of the campaign (the most recent for which full results are available) include:

— Completion rates of 30% for our long-form videos for Little Birds (Times) and Prodigal Son (Sun), vs benchmark of 11%

— Average dwell time for Sun native articles of 158s vs benchmark of 50s, including a record dwell time of 269s

— The first ever branded content article to have a CTR exceeding 1% (benchmark is 0.10%)

— 4 million Instagram impressions in this quarter alone, generating 70,000 poll votes. The IG story on The Third Day had the highest engagement rate to date